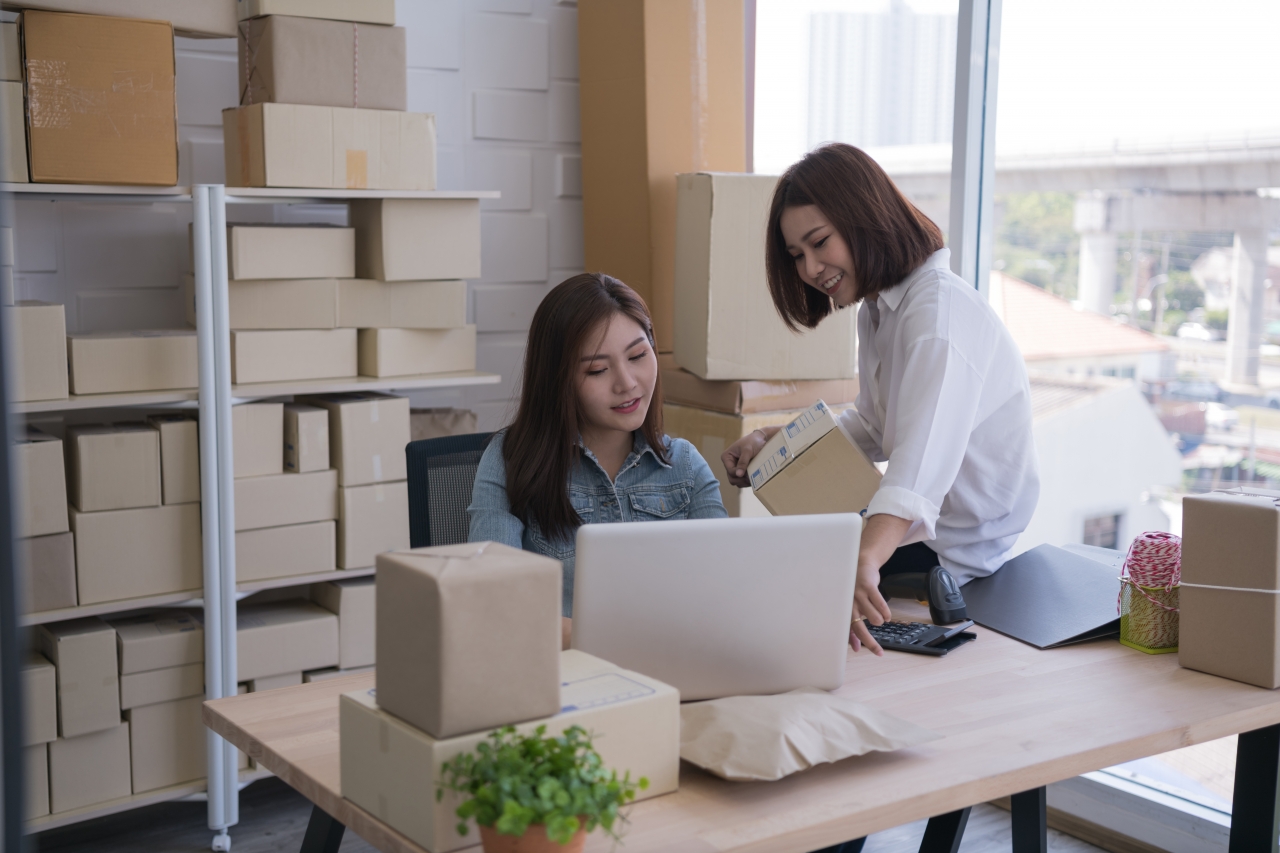 In 2021, shoppers searched earlier in the season for gifts to avoid out-of-stock notifications and longer delivery times. In 2022, holiday promotions are important to shoppers on the hunt for a good bargain to offset the rising costs for necessities like food and fuel due to inflation.

“We saw Amazon breaking out some Black Friday language in October,” DeMars says. “So, we planned to [launch] our gift guides in October.”

Outdoor apparel retailer Mountain Khakis also tested the waters by placing older inventory on sale on its own ecommerce site during Amazon’s October Prime Early Access Days sale. As a result, the retailer’s conversion rate increased throughout October 2022 by as much as four times compared with September, says Jeremy Hale, president.

Mountain Khaki’s average order value also increased during this time period. For October, it was $150 — higher than the usual $125, Hale says.

Retailers are testing various ways to entice holiday shoppers early or risk losing sales. Duluth Pack launched its 12 days of Christmas deals promotion Nov. 1 instead of waiting until after Thanksgiving. Meanwhile, outdoor apparel retailer Mountain Khakis is deciding how much of its older inventory to hold back to entice Black Friday and Cyber Monday shoppers — without being left holding aging inventory into 2023. And tote bag retailer Sea Bags expanded its sale section of older and discontinued merchandise for shoppers looking to snag a deal during retailer holiday promotions.

Duluth Pack uses Miva Inc. ecommerce shopping cart software to track how customers shop on its website. Its gift guides resulted in modest uptick in online sales on its own site, DeMars says.

While the gift guide did not generate a notable increase in sales, other online promotions in October resulted in higher-than-usual sales. Some promotions matched peak periods in November and December, he says. DeMars declined to share how much of a boost, but some of the more popular deals included a $50 off promo code or 25% off popular items, he says.

Duluth Pack also launched its 12 days of Christmas deals Nov. 1, instead of launching the sale after Cyber Monday, like it has in years past. Deals included 25% off popular items, such as its backpacks. DeMars says online sales lift increased more than 75% during the 12 days event in 2022 compared with when it had the sale after Cyber Monday in 2021. Sales lift refers to the increase in sales that happens during the duration of a promotional campaign.

Duluth Pack’s handcrafted backpacks and duffel bags cost $200-$500. During the holiday season, shoppers are more likely to buy bags in the $200-$300 range, DeMars says. That explains why AOV is typically about 10%-25% lower during Q4, he says. Over the last three years, Duluth Pack’s AOV has decreased about 12.5% in Q4 compared to year-round, DeMars says.

“The earlier we promote, the more customers can [put in orders] and get their products before the holiday season,” DeMars says.

And accessories brand manufacturer Sea Bags also sets aside older or discontinued inventory for shoppers hunting holiday-specific deals. It launched its year-round sale section in 2021 and doubled the volume of items it is offering to prepare for the holiday season in 2022.

Retailers need to strike a fine balance between how much they can charge to turn a profit versus the point at which consumers stop buying, warns Krish Thyagarajan, president and chief operating officer of pricing analysis vendor DataWeave.

And consumers are particularly price-conscious this year. According to the pre-holiday shopping survey by Digital Commerce 360 and Bizrate Insights of 1,088 online shoppers in September 2022, 40% said they are comparison shopping this season because they expect prices will be higher due to inflation . Additionally, 35% cited high inflation as the reason they plan to purchase fewer items this holiday overall.

75% of consumers said they planned to complete at least half of their holiday purchases online.

It’s important that retailers get out in front of consumers with holiday promotions as soon as possible.

Nearly a quarter of shoppers said they will finish their holiday shopping by Oct. 21, compared with only 18% in 2021, according to the 2022 Deloitte holiday survey of 4,986 consumers in September.

Plus, consumers say they will spend less time shopping this year — an average of 5.8 weeks compared with 6.4 weeks in 2021, according to the survey.

Promoting earlier this year is an ongoing trend as retailers have already inundated shoppers with Black Friday and Cyber Monday sales. In a Digital Commerce 360 website check of 100 top online retailers, 24% offered a promotion marketed as “Black Friday” on their websites as early as Nov. 9. 51% offered some kind of sale.

When Mountain Khakis can afford to do it, Hale says the retailer might have less than 20% of its total inventory set aside to go on sale this holiday season. It will hold some of that sale-eligible product back to offer during Black Friday and Cyber Monday, he says.

How much to set aside depends, Hale says. Mountain Khakis uses Lexer, a customer data platform, to learn how its customers’ shopping habits are changing. It uses this data when adjusting its promotional strategy — like how much inventory to set aside for holiday-related sales.

“Are we carrying a little bit more inventory than we would like? The answer is: I think it’s hard for any brand to say no to that question,” Hale says.

Mountain Khakis is in a solid position going into the holidays, Hale says. The retailer has received 90% of its Q4 inventory. The remaining inventory is considered a “backup” for its wholesale buyers, he says. He did not share how it will divvy up what it keeps aside for Black Friday and Cyber Monday deals this year.

If online retailers wait too long and launch the bulk of promotions at or after Black Friday and Cyber Monday, they stand to lose out and end up carrying over more inventory, says Mike Graziano, consumer products senior analyst at consulting company RSM.

“Last year, most retailers didn’t have to discount, or they didn’t discount as deeply,” Graziano says. “This year, if your strategy is ‘We’re going to wait and try to drive the movement of our product during Black Friday or Cyber Monday,’ you may be too late.”

Another consideration for retailers is how much to discount without harming the image of the brand. While Sea Bags also shifted its promotional timeline to October, it’s important to protect the brand as opposed to continue to discount, says Laura Hnatow, vice president of ecommerce and marketing.

“We adjusted a recent promotion to increase the percentage off by five more [percentage] points,” Hnatow says. “But generally, our promotional calendar is set for the rest of the year.”

Sea Bags offers an ever-changing sale section on its ecommerce site to entice shoppers to return and see what’s available — and it jumps in popularity during the holiday shopping season, Hnatow says.

Sale items are discounted 20%-35%, which is higher compared with the rest of its merchandise (typically 10%). Hnatow says Sea Bags has noticed a significant uptick in sales from Oct. 1 through Nov. 11 in 2022 as customers shop for the holidays, she says.

Duluth Pack’s DeMars says the outlook is good for the retailer. But, like Sea Bags, its custom-made products are made on demand. For example, there is no surplus of Duluth Pack’s bestselling Weekender Duffel in mossy oak bottomland. As of Nov. 11, Duluth estimated it would ship the products in six to eight weeks, which would be just before or just after Christmas.

Early holiday promotions that lock in sales will make all the difference, he says.

“Our demand is high this year and production is a constraint of ours of not being able to keep up,” DeMars says. “We can display backorder messages for all our products and let customers get a sense of how long it will take to get them that item. The earlier we promote, the more customers can get their products before the holiday season.”

Stay on top of the latest developments in the ecommerce industry. Sign up for a complimentary subscription to Digital Commerce 360 Retail News.